The explosion of NFT hype rages on, going from an obscure niche to conventional popularity in the matter of a year, give or take. Yes, I’m about to impose yet another NFT conversation on you, with the hopes that the next time you find yourself in one, you won’t have to just smile and nod when you’re genuinely baffled and too scared to ask questions. Ideally, I’d like to inspire you to ask more questions. Or even equip you with some of your own talking points.

At this point, I’ll assume you’re aware that an NFT is a non-fungible token, essentially a digital certificate of authenticity and ownership. To be clear, the token itself is rare and not the actual artwork. You might have noticed that NFT avatars seem to be the hottest thing right now, leaving people wondering but can’t I just screenshot this? And the answer is yes. Yes, you can screenshot it. The same way you can own a print of a Picasso without owning the original masterpiece. And with ownership, you are given commercial usage rights, meaning you can actually make a profit. When I arrived at this part of my NFT educational journey, I began to wonder if this was an exclusive elitist digital flex. I’ve concluded, it is most certainly a digital flex, but perhaps not as elitist as you’d think, but I’ll touch on that a bit later.

The music biz’s influence on the mainstream NFT obsession is significant. If the NFT craze were a car, the music industry might not be driving but would definitely call shotgun. At first, the projects were pretty simple, like Aphex Twin’s graphic artwork or MF DOOM’s iconic digital masks. Now, more ambitious strategies are beginning to emerge and I’m starting to want in. There is no NFT wishlist right now that wouldn’t include the Bored Ape Yacht Club. BAYC is a collection of NFTs living on the Ethereum blockchain, and once you have one, it doubles as your Yacht Club membership card which grants you access to members-only benefits. I’m particularly interested in the benefits if it means an invite to party with fellow BAYC owners, including Steph Curry and Lil Baby. This doesn’t mean you have to be an established athlete or artist to secure your very own ape. All apes cost 0.08 ETH, there aren’t any price tiers. You see, Bored Apes are created through randomization, and you don’t know what yours looks like until it is revealed. Though they cost the same, how much they inflate in value depends on attributes that determine their rarity. Ultimately, the key feature of these Apes is that once you own one, you have full commercial rights to it. Want to license it for advertising purposes? Sure. Interested in creating merchandise with it? Go for it! Point is, BAYC membership costs the same for everyone, and may actually be a wellspring of value.

Where does the music industry come into play here? Well, Bored Ape Yacht Club is accumulating an impressive portfolio of partnerships. Recently, Universal, the world’s biggest record label, signed four Bored Ape avatars as part of a Gorillaz-inspired NFT-based metaverse “band” called Kingship. The group will perform virtual events and eventually release lines of digital collectibles. Kingship also shares a manager with NFT fan Snoop Dogg, so I trust they are in good hands. Famous producer Timbaland announced his own partnership with Bored Ape owners via his metaverse-themed production company Ape-In Productions, which is set to release a song by virtual ape group called TheZoo. If you love Timbaland but aren’t here for TheZoo, the producer also released a series of collectible NFTs of elements of songs (drum, basslines, vocals, etc) so that fans can mix and match to create their own custom remixes.

If you think I haven’t name-dropped enough, you’re in luck, because we’re about to dive into CryptoPunks, one of the first-ever applications of NFTs. Have you been seeing 8bit-esque avatars floating around? Maybe you saw Jay-Z’s profile picture when he briefly popped up on Instagram and thought to yourself huh, what’s that? That’s CryptoPunk! Another generative art collection that fluctuates in value determined by the avatar’s attributes. To get a sense of the immensity of value we’re talking about here—CryptoPunk #6581 recently sold for 160 ETH ($689,236 USD). In fact, California rap legend Snoop Dogg owns 9 CryptoPunks in total, including 2 Zombie punks valued at over $2 million USD each. With dozens of influential artists proudly showing off their ownership, CryptoPunk has been scoring major points in 2021. 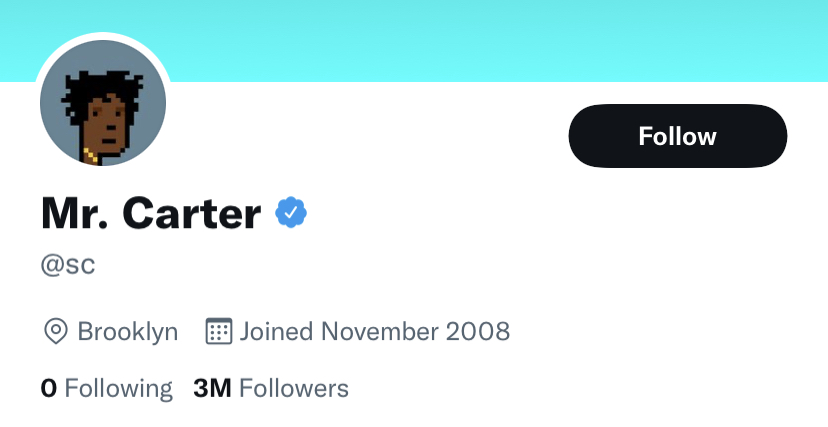 3LAU—another CryptoPunk owner proudly flexing through his Twitter profile picture— is an EDM artist that not only has an accomplished collection of NFTs but founded his own blockchain-based music investment platform called Royal. Royal has been attracting new investments from The Chainsmokers, Nas, Logic, and Disclosure, to name just a few artists who believe in the vision. 3LAU launched Royal over the summer with the goal of enabling fractional music ownership. And why would a fan want to own a part of a song? Well, royalties of course, hence the name. Oh, and the cool factor is no small part. Royal is dedicated to showing “how an open market values ownership in music royalties”. They’re making a pretty compelling case when 3LAU’s single Worst Case earned an implied value of 6$ million within the first two weeks, with fans holding half of that value. Here’s to you, Royal, and a new era in music royalty ownership *clink*.

NFTs show extraordinary promise for many industries, not just for music, as we tap into them collectively. Even if you’re not ready to invest, it’s truly a fascinating concept with abundant resources available to teach you about it. If you’re feeling intimidated, remember this new boom is comparable to the introduction of the world wide web, which we use every day and would probably struggle to explain the inner workings of in our own words. If the current progression of NFTs tells me anything, it’s that we can’t anticipate how much more creative these NFT ideas can get. If creators have accomplished this much so far, there’s no telling what things would look like in another year from now. All this to say, it’s probably a good time to ride this wave.