Bailey Zimmerman recently made history by becoming the first artist to simultaneously chart three songs in the top 10 of Billboard’s Hot Country Songs with his first three entries. In non-data speak this means that revered artists such as Johnny Cash or Taylor Swift have accomplished the feat of three songs in the top 10 before but not so early on in their career that it was with their first songs to enter the chart. The milestone feels fitting for Zimmerman who has taken the country world by storm, beginning his burgeoning career at the end of 2020 when he started posting original music to his TikTok account. The Louisville, Illinois native kept his job building gas pipelines in West Virginia until he released his debut single “Never Comin’ Home” in 2021 and began to see music as a viable career alternative.

Recently, he checked off another first with a show in Toronto, broadening his live show horizons to include Canada alongside the US. He had to get his affairs in order for the occasion, declaring, “I just got my passport on Wednesday!” while presenting at the CCMA Awards in Calgary a few days before the show.

To document the inaugural cross-border moment, we tagged along with Zimmerman capturing a photo diary of his first official show outside of the US on Tuesday, Sept 13, 2022. Marked as a secret show, Bailey arrived with his band at the Rock ‘N’ Horse Saloon in downtown Toronto, and had enough time to spare post sound check to fit in a few sneaker shops. When he took the stage, he was awarded not one, but 2 platinum records from Warner Music before performing to a full room of fans and industry insiders alike. Knowing he had a short break, Bailey took to Queen street to check out local sneaker shops. The first stop was HOTBOX, unsuccessful he decided to continue the search elsewhere. Around the corner on Spadina, LIVESTOCK had what Bailey was looking for—a limited edition Air Force 1s. The croc-embossed cream and white colorway were the ones he walked out with. 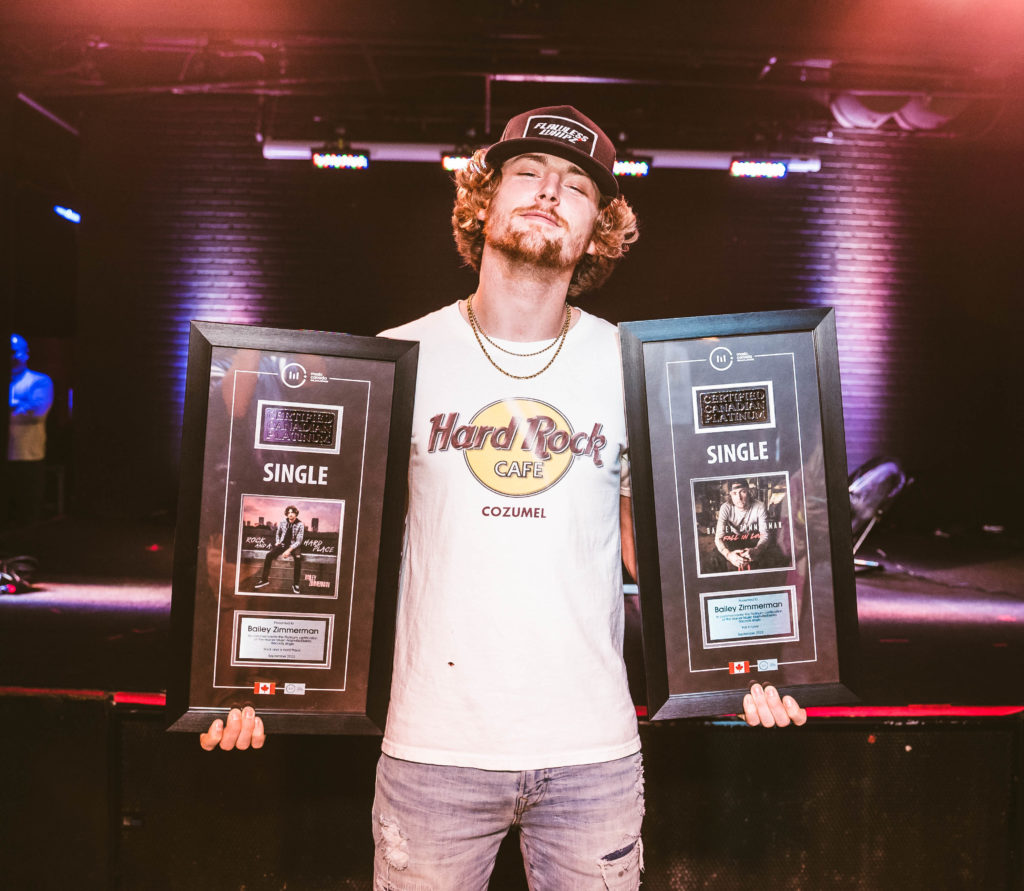 His newly nabbed record deal with Warner Music Nashville came after the success of “Never Comin’ Home”. He continues to build a large following with 400 million streams (and counting) and 2 platinum singles—“Rock And A Hard Place” and “Fall In Love”. Zimmerman’s music is a reflection of his upbringing where he embraced country music on long-haul truck rides with his dad and ‘80s hair rock at home with his mom. His soulful, rasp against modern rock/country continues to impress new and longtime fans alike. Knowing the come-up Bailey has had in the last year, shows outside the US won’t be so secret anymore.

Maren Morris Knows Who She Is
Hailey Whitters Made It In Nashville on Her Own Terms
Inside The Mind of Peach Pit’s Neil Smith: ’70s Classics, Muses, & Tour Essentials